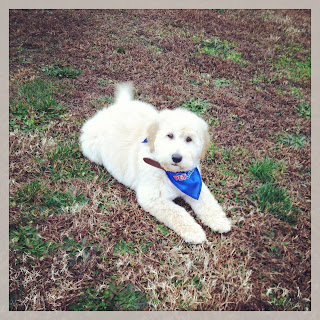 I have been behind on blogs and so many exciting things have happened lately, that I have not been able to share another new member of our family: Fozzie Bear!

After Noah and Yogi passed, I was very sad and unsure about being able to attach myself right away to another dog...we know we are a dog kind of family, but planned to wait until summer to add a dog in...for many reasons, including the fact that we were having a baby and will be moving in the summer.

Anyway, the kids and Mickey were more eager than me and we ended up finding a perfect dog for our family at a not so perfect time.


The timing was not optimal, but I actually found that preparing for his arrival helped to distract me in the days leading to Auguste's birth. For the first time in 20 weeks I was not obsessed with hydrops and was focusing more on preparation for puppy.

It also distracted me from the absence of Noah and Yogi. Noah's picture is everywhere, and the dogs paw prints are displayed on the mantle...but not having a dog in the house definitely left a emptiness...even in a house full of chaos and children. Dogs add a life to the house that I think I took for granted for a long time.

Its been 13 years since we had a puppy and certainly, it is a lot of work...but it is also worth all the effort for a well behaved dog to be a part of our family for hopefully the next 13 years.

So what made Fozzie the perfect dog for us?

I wanted a Labrador personality of the doodle variety, non-shedding was key to me after sweeping up every night after two Labradors.

Oliver wanted a dog that would fetch.

He has a terrier face but will be only a bit smaller than a Labrador (we think, he is seeming pretty huge at the moment).
He doesn't shed.
He loves to fetch.
He loves the water
He loves the snow.
He loves walks.
He is super cuddly and the softest dog ever.

When Mickey met him he called me at work and said " you have no idea how cute, and soft, and sweet this dog is...I am already so in love with him".

We named him Fozzie because he looks like one of our favorite Muppets, Fozzie Bear.

He loves to be with the kids and I think he thinks he is one of them. He sleeps in a crate in Oliver's room. He sleeps peacefully until Oliver wakes, and then he is also awake.

Imagine my surprise when he jumped in the shower with me on my first day home. He just opened the shower door and came on in. Sunday I was wise to his tricks and when he came to the shower door I held it closed...only to hear the kids squeal with delight when he jumped into the tub with them. TWICE!!!!
I admit, at the time I was not overly enthused, but in hindsight, it is quite funny...especially because Oliver and Emily thought it was HILARIOUS!!

He howls...at night he sees his reflection in the window and is insistent that he must protect us...it is quite cute watching him bark at himself.

We have actually been very impressed by him. He doesn't jump on the baby and actually just seems to know not to get too close and to be calm around him. He hasn't destroyed anything of the kids, even though his interest in shoes and toys seems genuine, he is easily distracted back to his own toys. House training is coming along and I think we almost have it...although the cold rain has made it harder for us (note to self, much easier to house train in summer months ;)) .

So... basically, I am saying that our life has been that beautiful chaos it was meant to be. 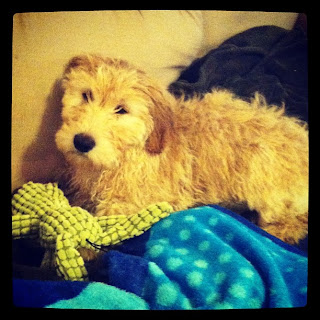 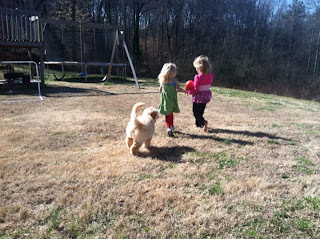 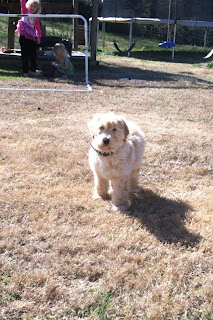 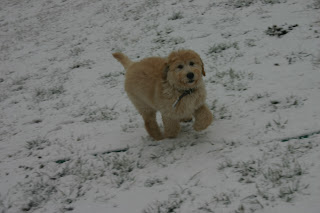 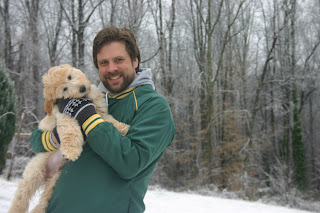 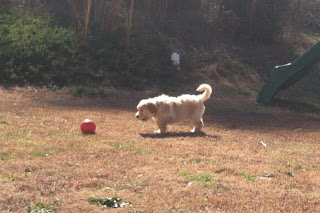 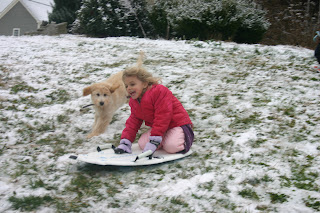 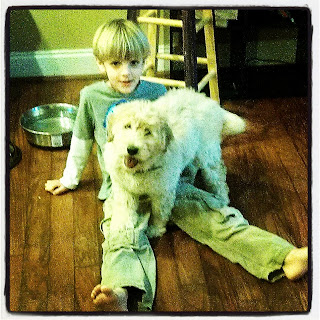 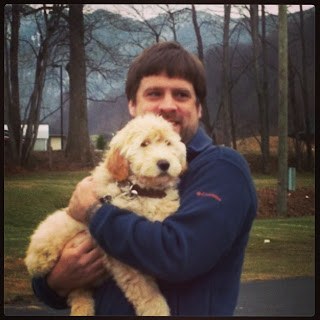 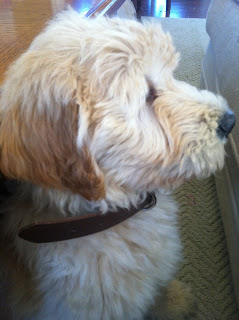 Posted by TheLFamily at 7:59 AM