The God of Miracles, Indeed!!!! 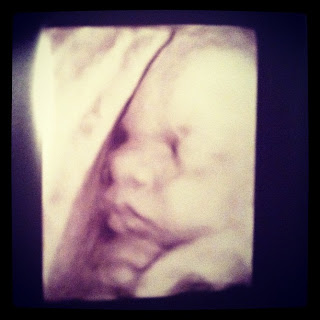 29 weeks and 2 days today. 10 weeks and 2 days have passed since the day they told us Auguste had hydrops fetalis and would likely not survive. The past 10 weeks have been full of ups and downs emotionally, a magnitude of testing and procedures, and multiple doctors visits between 2 offices in Greenville, an office in Charlotte, and the Special Delivery Unit at CHOP. Fortunately, the past few weeks have mostly revealed an active baby with stability, but still very sick and the unknown future possibilities have been endless.

The past few weeks have been highly emotional for me. I see friends from my support groups having babies and the challenges they are facing, and suddenly i felt very alone in this struggle. I realized that I will likely be having this baby in Philadelphia and that if he has an extensive NICU stay, I could be alone for a lot of it. Being alone and facing such challenges and emotional trials would be difficult for me to do alone. I cried myself to sleep several nights in a row worrying about all of the unknowns that awaited us. Hydropic babies sometimes survive, but many die shortly after birth, within days, and some only survive after 3 month stays in the NICU. I have been worried and nervous and scared of what awaited me in the future. Mickey refuses to think about worse cases and has been confident that everything will turn out ok, which I am glad he has felt this way, but the reality of the unknown journey ahead of us has been more difficult for me.

I feel fortunate because I truly do have some of the best friends a girl could ask for. I spoke to my friend Jenny and she was able to identify that despite the bvious, it sounded like I was most concerned about doing any of it alone. She and my other close girlfriends have since told me that they have just been waiting for the point at which they were needed...basically setting a command station, and that they planned to be with me through the completion of this journey. This made me feel sucha  peace because I realized that the cold nights in the Philadelphia Ronald McDonald House may be a bit warmer with the oldest friends, who are like sisters to me.

Back to Auguste and less about me:

Last week I mentioned that I felt like his lungs looked improved and that some of his lung tissue expanded all the way to the chest wall...on Tuesday, some both me and the doctor felt they seemed even more improved, and abdomen has been stable, measuring 33 weeks and 4 days, which is actually improved since he grew a week but the ascites did not worsen at all (growing into his abdomen, maybe?). On Tuesday I could tell my docs in Greenville were more optimistic about making it to delivery, and they had lots of questions about what to do at that point, which they wanted the docs at CHOPs opinions on.

Today I went to CHOP. I had a list of questions in hand, from my doctors in Greenville, from Mickey, from me. I was seen my Dr. Moldenhauer and she was shocked at the improvement in his lungs. They even looked better today than Tuesday. I asked how we would know that his lungs were developed enough to sustain life, and she said that was impossible to tell until birth, but that she felt very positive by the look of his lungs that they were developing. She actually called the effusions MINIMAL. His ascites was the same, but she said that it is always the last thing to improve. He has no edema (he has never had scalp edema, but even his chest wall edema has resolved). She was so positive and happy about this. She said that he was still a candidate for shunt until 32 weeks, but that she would be very very surprised if our Auguste ever needed shunts and actually expects to see continued improvement. She said that at this point she would no longer even consider his a "hydropic baby", but rather a "resolving hydrops".

I asked for her honest opinion regarding his survival, and expectations with needs in NICU (with the understanding that a lot of unexpecteds can still occur and that we still do not know the underlying cause of the chylothorax). She said that due to the abdominal ascites, she still felt vaginal delivery was possible, but that would still cause some problems due to infants using their abdomen so much to help them breath, however, she felt that it was unlikely he would require ECMO (though still possible) and that he may not even require chest tubes. She predicted a 2-3 week NICU stay. Do you know what that means? It means she predicted a miracle baby boy who we will be bringing home.

I am without words!!! I believe in miracles and I have been praying for a miracle, but the idea that miracle is within my reach is actually palpable now and I am feeling so incredibly blessed!!!

Thank you so much for all of your continued prayers, they are being answered and we are going to get our miracle.

Please continue to pray because we are not out of the woods yet. I now have to be more concerned about mirror syndrome (presenting with similar symptoms, and can be fatal and the onyl way to save me would be to deliver him)...this is a real possibility and could change everything. We are hoping to get me to 37 weeks (last week of January), and then induce...therefore, we have 8 weeks to get through for the best possible outcomes.

I will be seen Tuesday and will then go home and hopefully try to go back to work for a few weeks (maybe a month even) before most likely returning to Philadelphia at 36 weeks and delivering at 37 weeks. There is a possiblility, even in the event of planned delivery, that we may deliver in Greenville. As he improves, he will require less and less...however, in worse case scenario, or need for ECMO, we would have to be transferred to Charleston or Columbia, and therefore, we will probably decide best peace of mind would be to deliver at CHOP with the people who know us and Auguste intimately. I was given a tour of the special delivery unit today. It is a small unit as only the mothers like me, with sick babies deliver there. Each suite has a window into a "mini NICU suite" where all of the interventions, the neonatologist and his practitioner and nurses are at, and the interventions for baby take place right there and the baby is not just whisked away. I think this is what we will decide, but the idea that we have more options now is relieving.

I am just so very happy and feel so much excitment about truly beginning the planning for my baby, my last baby, my baby boy, Auguste.


On a competely separate note, I need prayer for my peace of mind as I plan for the final days of my sweet dog, Noah, my companion for the past 12 1/2 years. He is worsening and my husband told me I should mke arrangements for when I return home. This is upsetting to me, and not something I wanted to do until summer, and certainly not a stress I wanted to add to the stresses I am already going through, but I know the time has come. Pray for peace in my decisions and peace in my heart as I make them.