Auguste reached his 24 week milestone on Tuesday. This was a big day for me because there was a time I wasn't sure if we would reach that place. I now feel more confident regarding the real possibility of making it to delivery. Yesterday I had another ultrasound, and also met with Dr. Johnson again. Auguste's abdomen measured at 26 week, which was consistent with previous ultrasounds based on ascites and the ascites is not thought to be any worse. Overall he is measuring at 25 weeks and 2 days, which was also stable. However, it did appear very possible that he had an increase in the right pleural effusion. The left lung still had a mild effusion but the right was back up to a moderate effusion. Dr. Johnson did not seem overly concerned, but it was also not what he was expecting. He still does not feel that a shunt is indicated at this time, but it is possible that he is still leaking lymphatic fluid perhaps faster than Auguste is able to reabsorb.

Obviously, this is not what I wanted to hear and is a bit discouraging. It is a lot easier to hear good news than set backs. Dr. Johnson called and spoke to Dr. Stephensen from Charlotte, and felt comfortable letting me go ahead and come home. I will be seen again in Charlotte on Monday morning, and his effusions will be reassessed. If they seem to be getting larger then it is possible that I will be heading back to CHOP in the very near future.

I am still very hopeful and I am confident that this is just a hiccup. However, obviously this is discouraging. I worry I have been overconfident and I certainly feel anxious and scared. Prayers are still needed to our sweet Auguste.

Dr. Johnson was sure to show me his nice large lungs and that he still felt this could merely present a potential set back, but that if the fluid gets to be too much, then we would just place a shunt and continue to observe. I am certainly nervous about shunt placement, but also know that many of the things we may need to do to save Auguste's life could carry risks.


Today me and my mom met with neonatology in Greenville. We met with Dr. Ruggieri and he spent over an hour and a half with us. He said many of the cases they see are reactive and it was reassuring to know that they will be prepared for Auguste's arrival (as much as we can be). We were able to discuss everything  we know so far about Auguste and many of the potential scenarios we may face. They do not have ECMO at Greenville, if that is what ends up being indicated, but he is very prepared for many of the other scenarios. Including the need for oscillator, which is a high powered ventilator. We discussed diet because sometimes chylothorax babies require special diets. We briefly discussed drugs such a steroids prior to delivery to help with lung development, and potentially octreotride, which is often used for chyle leaks, although Dr. Ruggieri felt the data was still not concrete on its effectiveness.

Chest tubes are simply scary to me, and of course, thinking and hearing about them made me teary and scared, even though I know that if he still has fluid remaining on his lungs at birth, that this is needed.
Not only did the facility make me feel special, but the neonatologist made me feel at ease and meeting with him and getting to know him helped me feel much more at ease regarding delivery and Auguste's early life.

There were emotional moments as well, as while discussing recovery, I did need to bring up questions regarding visitation and making sure that if things ever look dismal, I truly want the kids to be able to be with him. He was wonderful. He let me know that they would never try to keep the kids from seeing their brother if it didn't seem he would pull through. He is a father of four as well, and at that moment, he put aside his doctor side and talked to us as a fellow parent. It was reassuring.
But he was also reassuring that if we keep going as we are now, every week is a week closer to better and better outcomes.
He then personally took us on a tour of the GHS NICU. I cannot even begin to tell you how impressed we were. The time we spent in NICU at Tampa General was excellent, but this felt like we won the lottery or something. It was beautiful and provided lots of privacy. Visit here: http://www.ghschildrens.org/bryan-neonatal-intensive-care-unit.php for a tour. WOW! You kind of have to fast forward it to only see the tour and pods, but the entire thing is good info for NICU prep.

Anyway, delivery is hopefully still a while away, but preparation is necessary in this situation and so I am just trying to cover bases.

On a lighter note, I had two uneventful flights home yesterday and I was greeted at the airport by Spider-Man, Super-Girl and a Garden Gnome. It was a good homecoming.  It is wonderful being close to my family, including my mom and her husband who came in for Halloween and Grandparent's Day tomorrow. This morning I went shopping with my mom, and got a little teary around the baby boy clothing, but felt good enough to buy myself some well fitted maternity jeans ;)

Here are some photos of the past 24 hours. Good stuff. 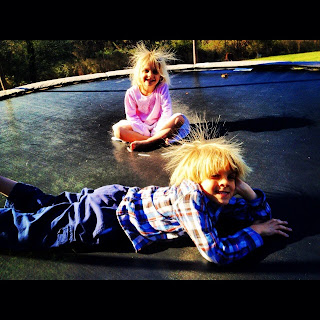 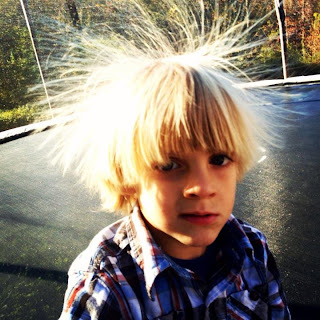 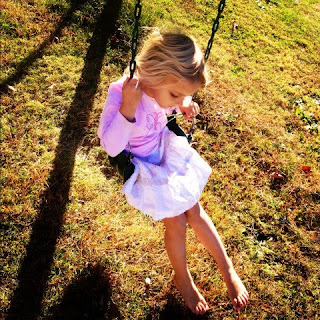 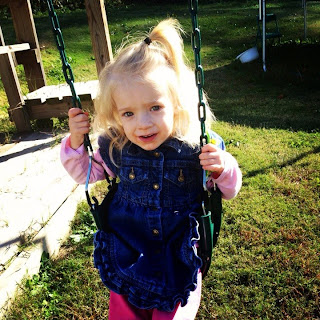 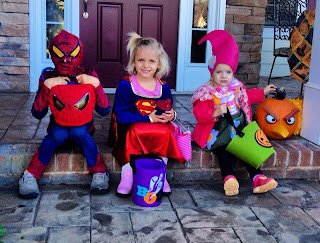 Posted by TheLFamily at 7:33 PM